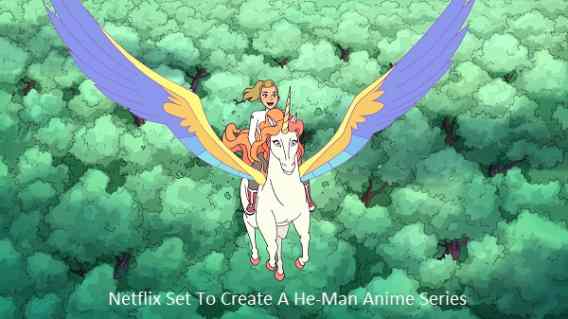 #Netflix #Set To Create A He-Man #Anime #Series
Famous anime like Attack on Titan, Detective Conan/Case Closed, Berserk: The Golden Age, One Punch Man, Mobile Suit Gundam UC, Fullmetal Alchemist, and Death Note are already available on Netflix. However, the streaming service is not stopping just here. Netflix is collaborating with Mattel and Kevin Smith to produce an anime series on He-Man. The new series will be named He-Man and The Master of The Universe. With Netflix’s She-Ra and the Princesses of Power show with DreamWorks Animation being a hit, it is no surprise that Netflix is investing in another animated series. The show was well-received by both the fans and critics alike. The show is set to release its third season with a trailer dropped at the Comic-Con held in San Diego.